Home / News / Heading down under

Home / News / Heading down under 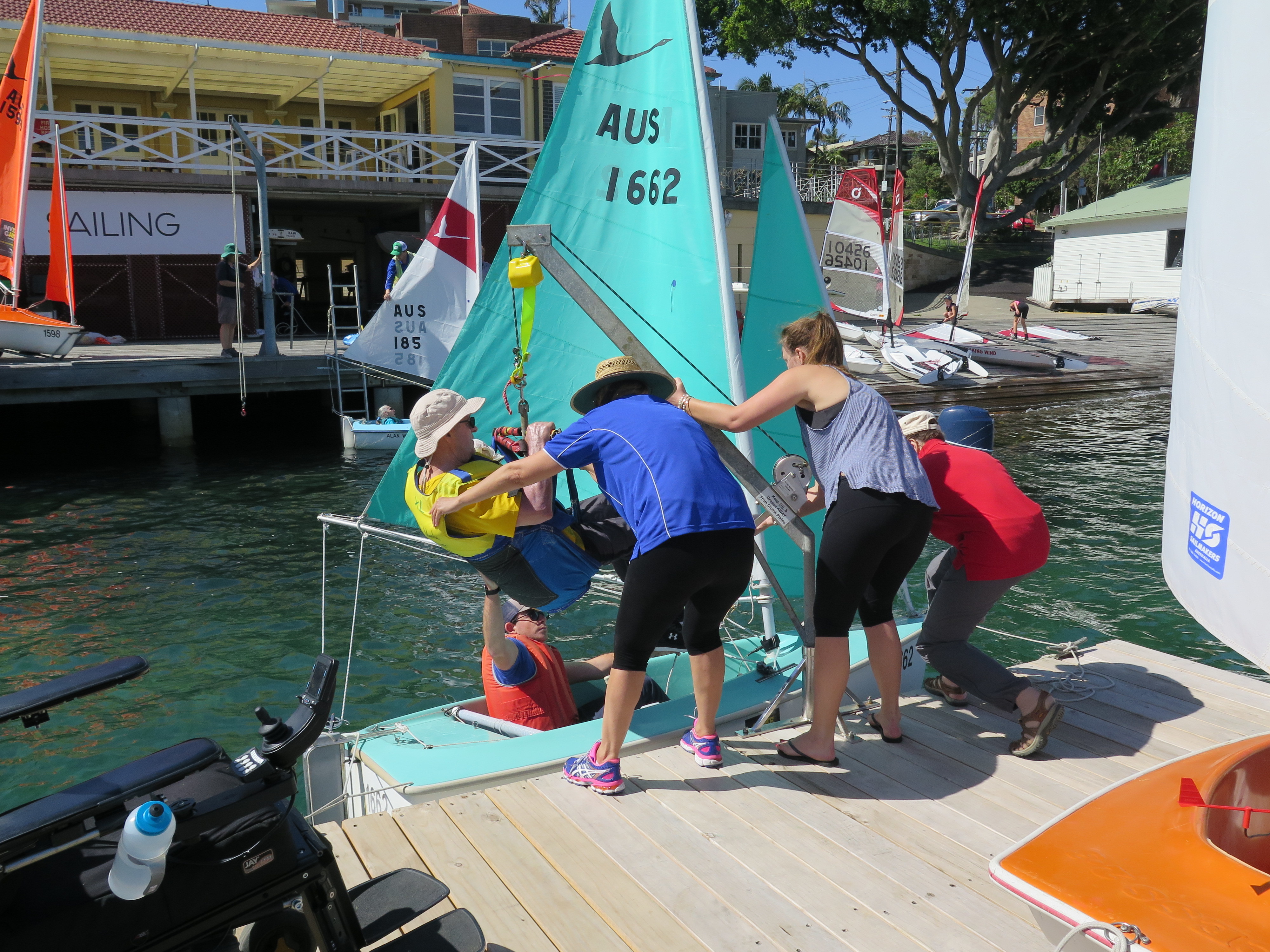 The Chair of Trustees has temporarily gone awol from the project! In a vain attempt to recapture his youth he has embarked on a gap year, though the latest trip is just a couple of months trying to get away from winter on the other side of the world. As part of this trip he visited a sailability group on Sydney Harbour - Manly Sailability. They were very welcoming and went to a lot of trouble to demonstrate all aspects of their operation. It was fascinating to see the differences as well as the similarities. Manly have a fleet of mainly 3.03s with a few 2.3s for the more experienced sailors including one set up with a servo for independent sailing by those unable to manually manage the rudder and sail controls. They sail on a lovely stretch of water close to the entrance to Sydney Harbour and, while there are few hazards under the water, there are several on the water - not least the regular and large Many Ferries coming from the centre of town. Their rescue boat - called Charlie's Chariot after one of their regular sailors who helped raise the funds - keeps a careful eye on all boats to ensure they are clear of the ferries.

The designer of the Access dinghies is Chris Mitchell and he is Australian, so it was great to see his designs sailing around locally. They are apprently once again built in Australia after a short period of building in Singapore. However, to maintain quality production has apparently moved back to Australia.

Some of the issues we face were not familiar to them. They sail all year round, but have certainly never had to cancel sessions due to ice on the slipway. The only time they get ice here is when they buy it from the supermarket to help keep their beers cold! They are linked to Manly Sailing Club and keep their boats on racks in the sailing club. The keels and rudders are all removed from the boats every time they finish and they hoist them in when they launch the boats.

They finished the session with what they term a 'sausage sizzle' - really just an excuse for a barbie (BBQ). The smell of the sausages cooking though did seem to bring the sailors in off the water quite promptly. 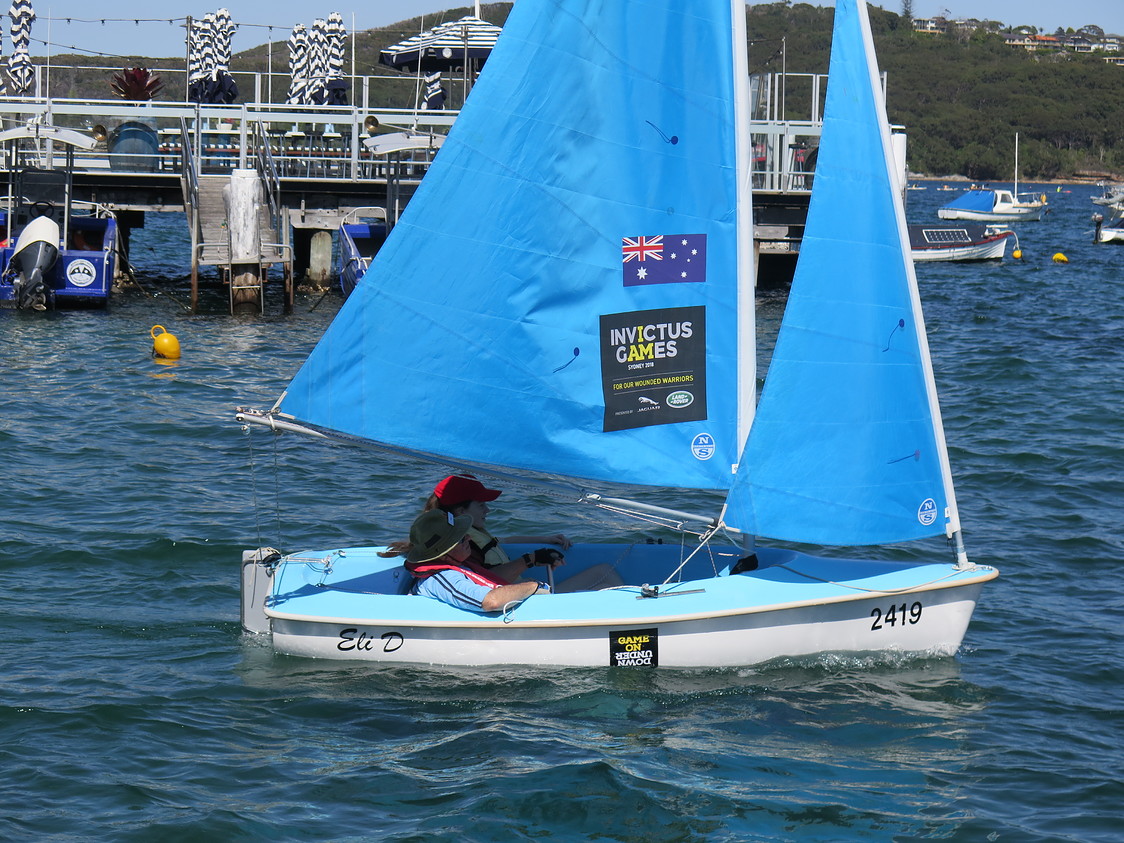 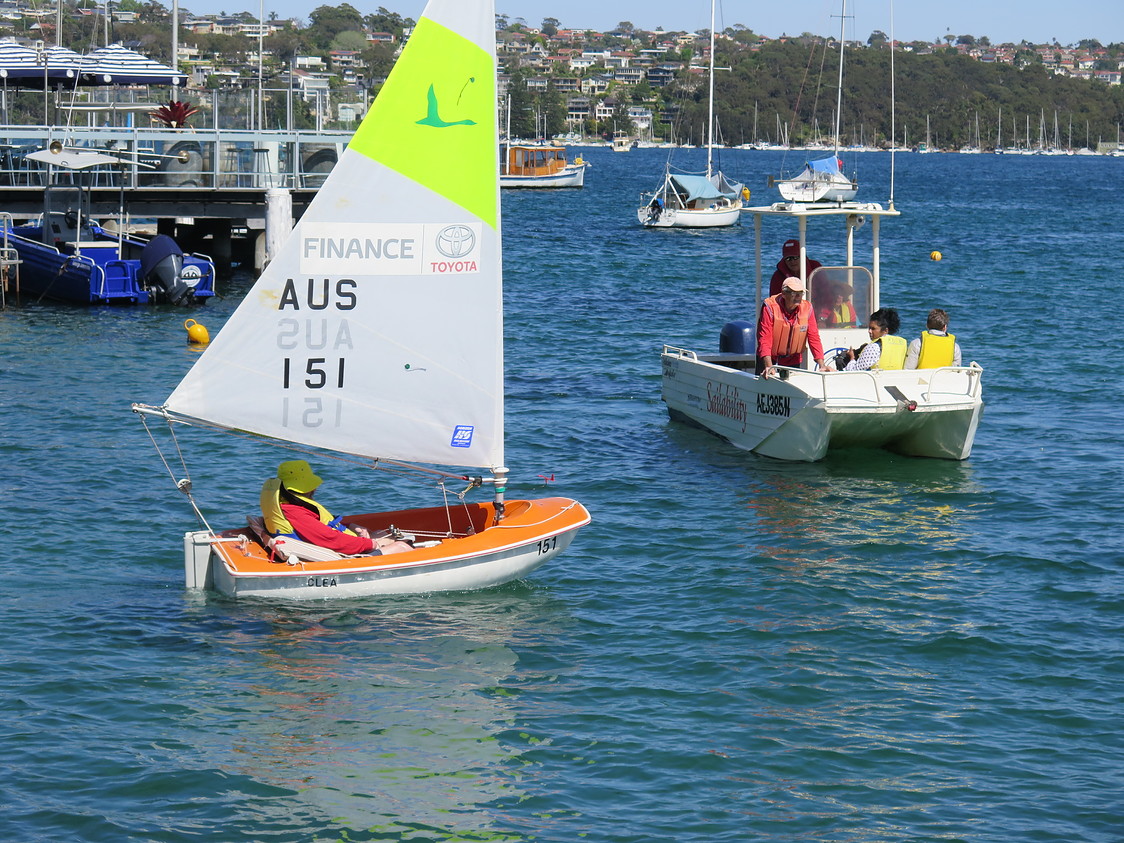 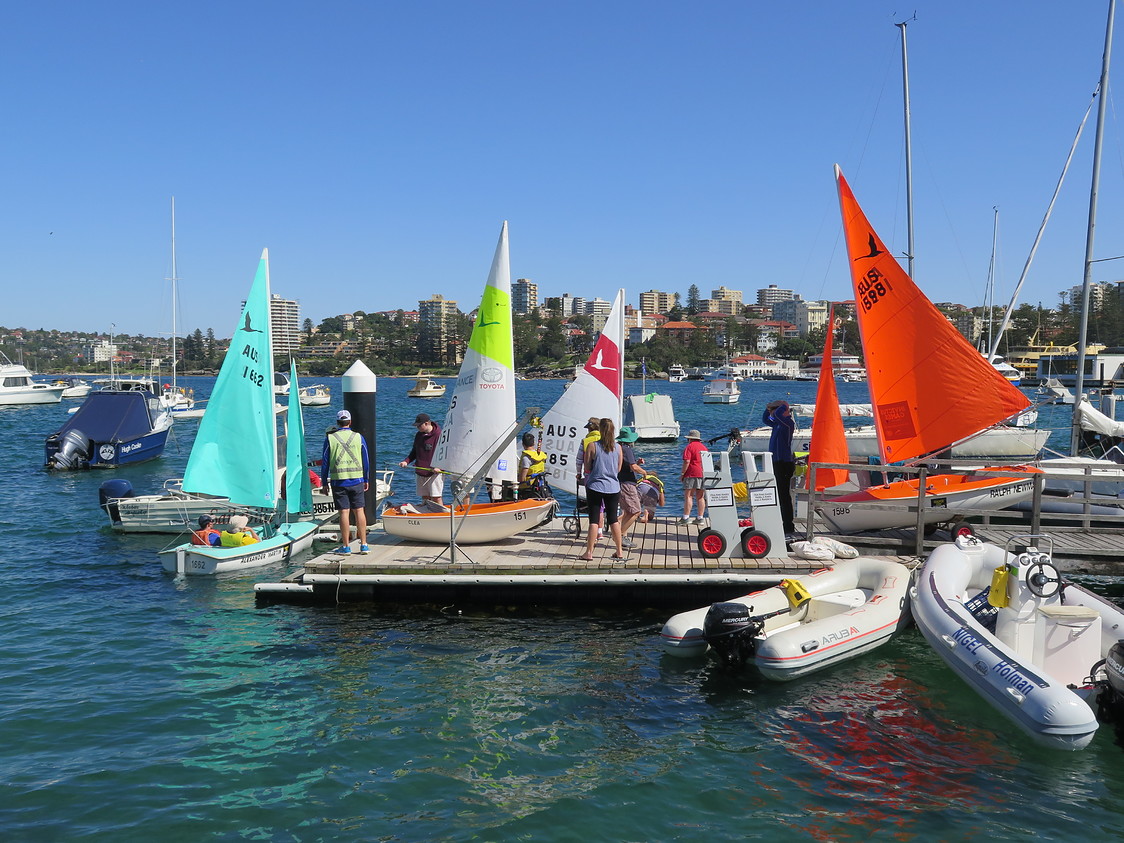 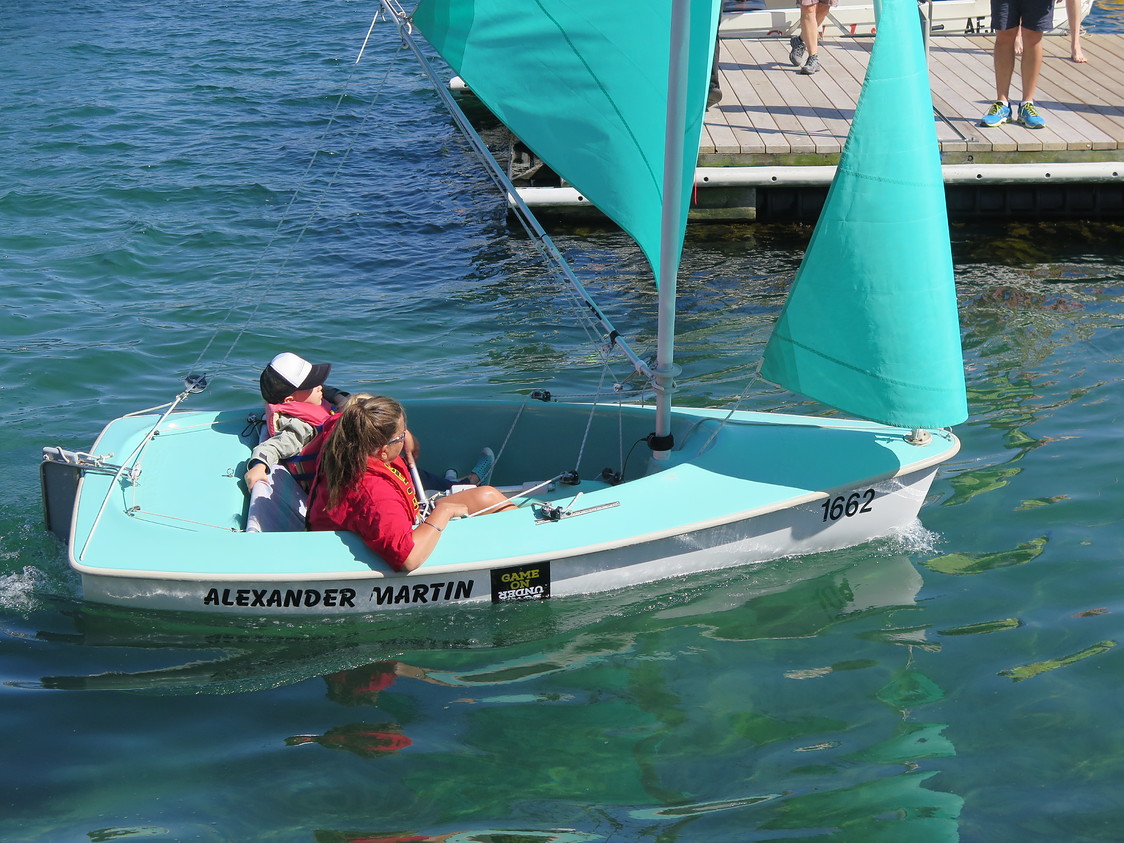 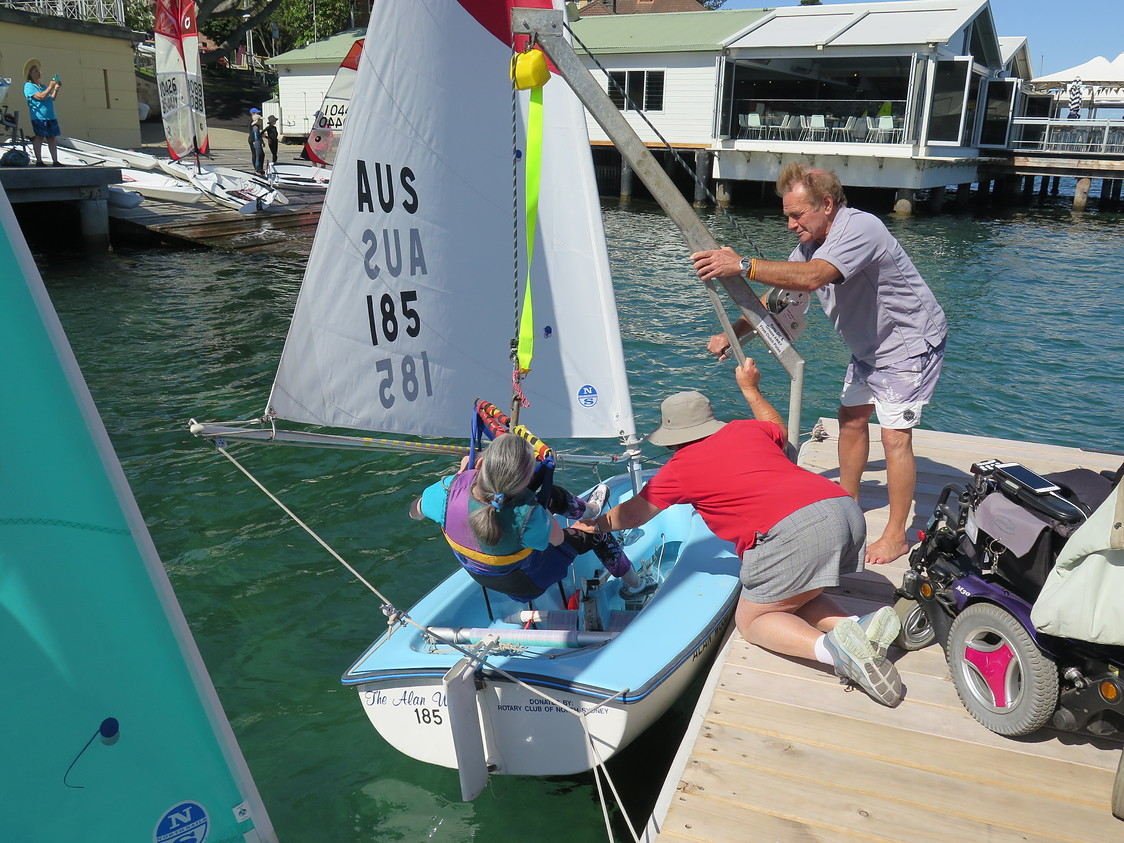 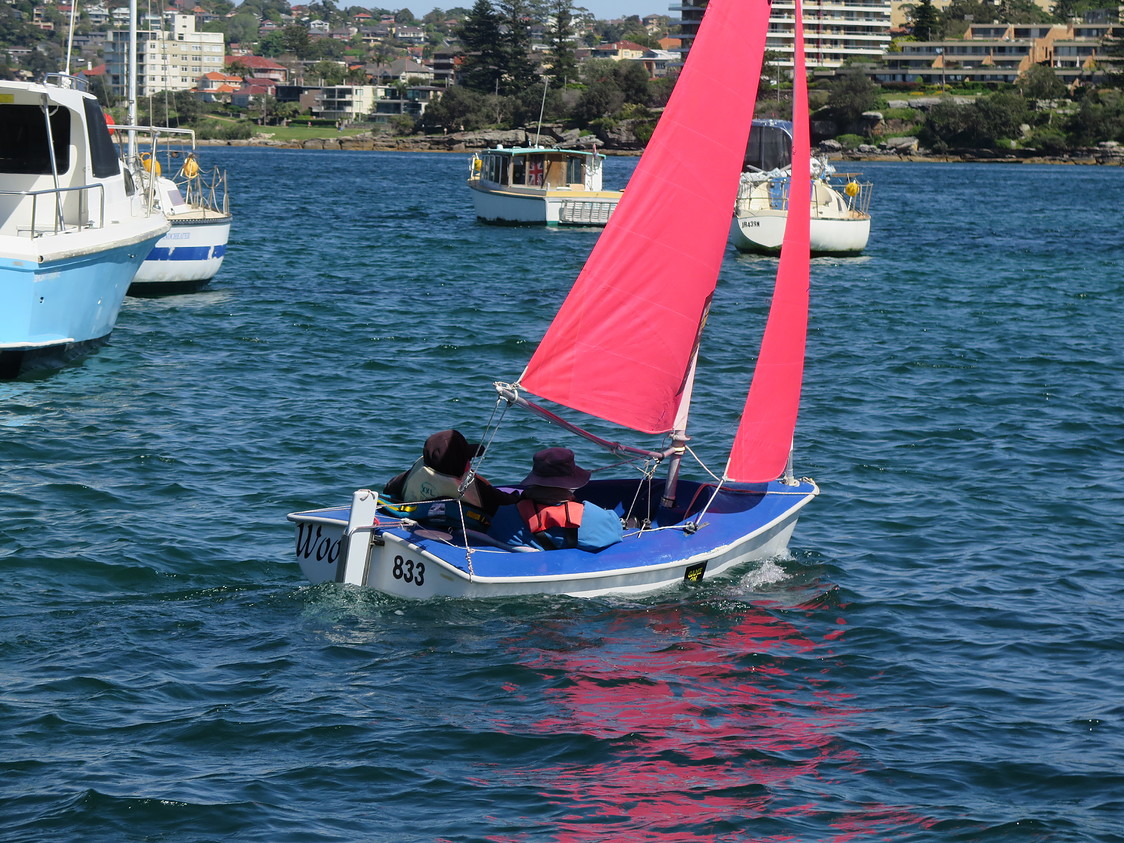