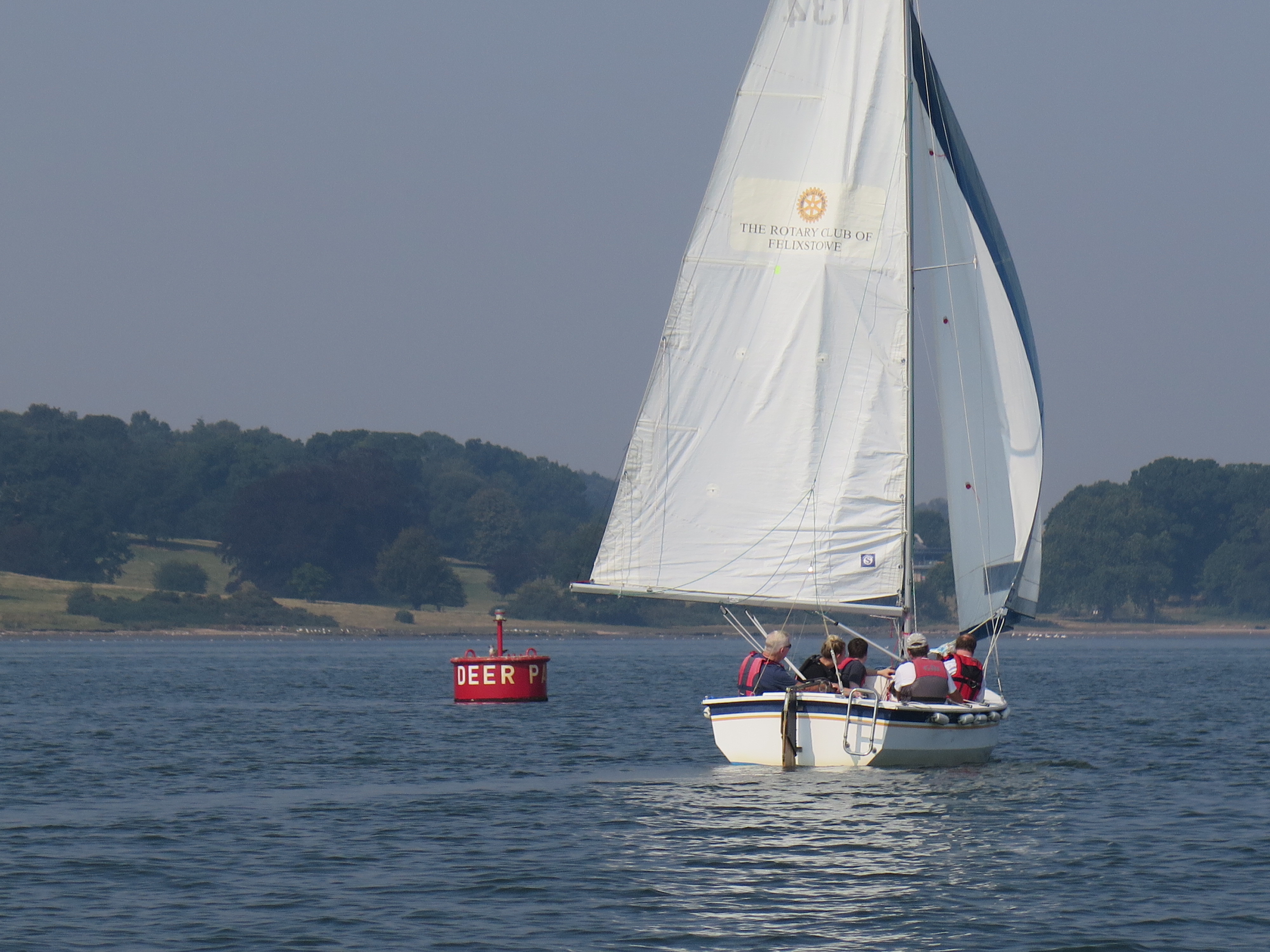 So what is the connection between drunkenness, a deer park and our sailing sessions at Woolverstone? The story starts with Admiral Edward Vernon (1684-1757). In his time drunkenness on board navy ships was endemic. This was largely due to the daily rum ration. Vernon's solution was to water the rum down - a quarter rum and three quarters water. Vernon's nickname was Old Grog (this is because his clothes were spun of a cheap fabric called grogram - a mix of silk, wool and mohair). As a result, the sailors coined the term grog to describe the watered-down rum. From this, we also get the word groggy.

So where does a deer park fit in? Well, Vernon built a mansion at Orwell Park on the banks of the river and when he died, his heir Francis added a deer park to the mansion.

That legacy is recognised by Trinity House with one of the red channel marks called 'Deer Park'. The photo shows our Hawk sailing past last week though no-one on board was the slightest groggy .....