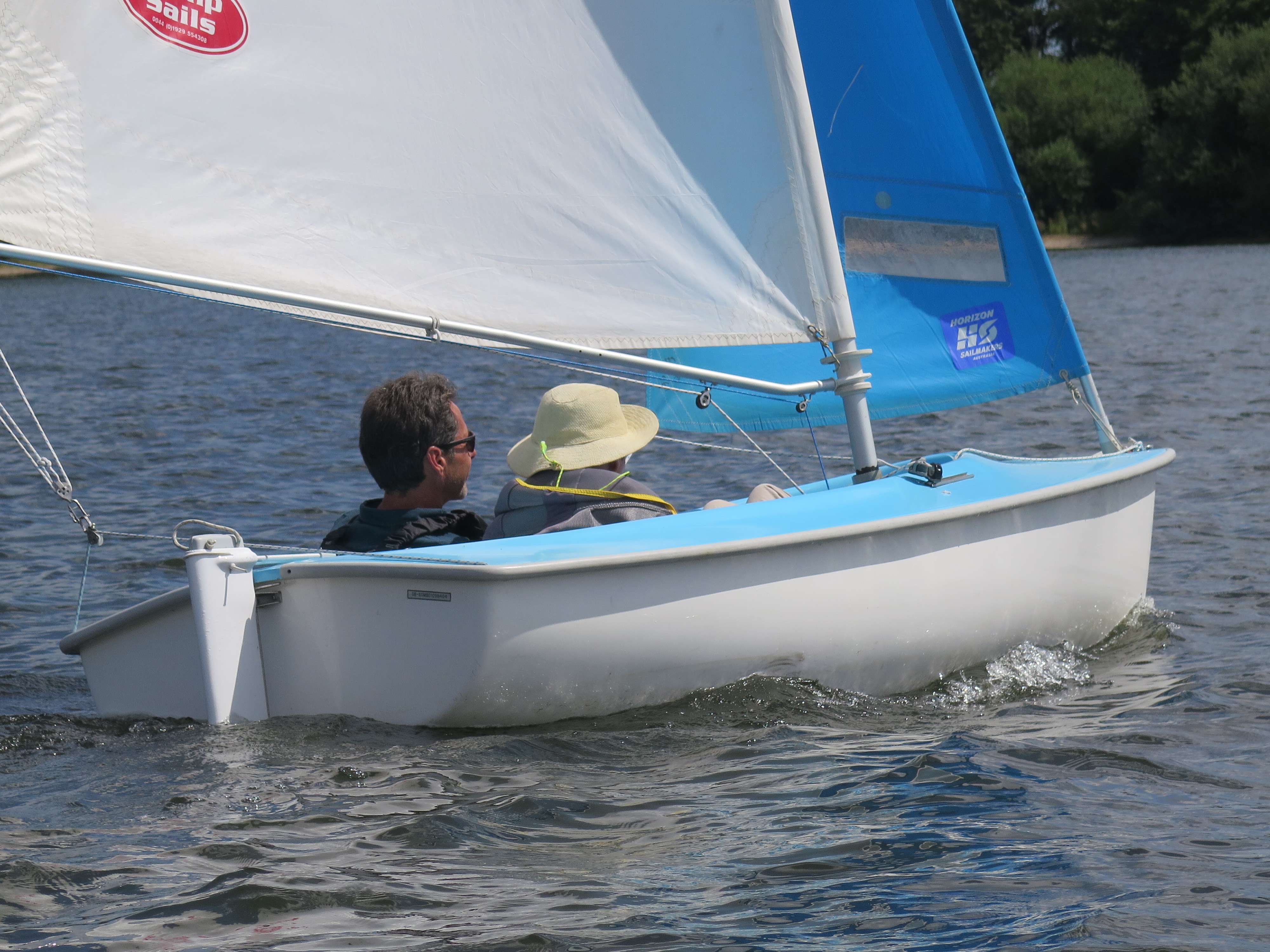 We had a lovely day for the Brandy Races with sun and a gentle force 2 breeze with some surprise gusts to keep the sailors on their toes- or rather adjusting their sheets.

We had 16 sailors in 3.3s with Buddies so after 3 heats and a final the winner was Phil crewed by Janet. Heat winners were 1 - Phil with Janet, Ross with Angela and Patrick with John N.

There were 5 sailors in the single handed race won by Alex - 2nd Robbie and 3rd Martyn. Well done to everyone.

After sandwiches and very sticky chocolate cake the volunteers braved the waters to show their skills. Sadly only 6 completed after Tony B had gear failure. The bottle of Brandy was won by John Norman, 2nd Peter Hibberd and 3rd Janet Sparrow.

Thanks to all for taking part and those helping too.